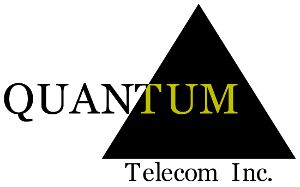 This page will be updated whenever there is important information

As of today Bandwidth.com has not had any additional attacks. Although this is good news we are still migrating all our numbers off Bandwidth to a different source.

Digium customers were not part of the migrations since those lines were coming directly from Digium (Sangoma). We are now being told that Digium is also migrating off Bandwidth.com.

With both the estimated time of completion is within a couple days. Digium may take a few more days to complete.

Normal Network behavior is being reported this morning.

On Wednesday, the Federal Bureau of Investigation said it was aware of the cyber attack against Bandwidth.

“The FBI is aware of reports of a DDoS attack involving Bandwidth,” Shelley Lynch, a spokesperson for the FBI’s Charlotte Division, said in an email. “We are monitoring the situation and have been in contact with the company.”

Bandwidth is not the only VoIP company to be impacted by cyber attacks this month. Canada-based Voip.ms and England-based VoIP Unlimited also saw their call services disrupted by a DDoS attack

The attacks started again this morning. From the pattern that we see the attacks slow or stop each night but then start up again the next morning.

Our providers are currently switching the source of all numbers off Bandwidth.com. That is taking place each night this week. I cannot determine the numbers or companies that will get moved over as the process takes place since we are the one not controlling the migrations. I will continue to update as this process moves forward.

Customers who uses Digium hosted services or Digium SIP trunks (not Quantum) will not be part of the migrations. You may monitor your status at “status.sangoma.com”.

Also, any customer who uses another providers such as Windstream, Verizon, or other such providers may want to check with that provider for any updates.

From what we understand Bandwidth.com is the only affected provider and they are the largest provider in the US for the DID lines. We have been monitoring their “status.bandwidth.com” for updates however there is little transparency to what they are actively doing to rectify this issue.

On September 25, 2021 a cyber attack was launched against the largest DID provider in the United States. The attackers used computers known as bots to overwhelm Bandwidth.com’s network causing a Distributed Denial of Service which led to poor quality and eventually failed calls.

Bandwidth.com eventually was able to stop the attack and as of 8PM on September 27 all network activity became normal.

As of Tuesday morning at 10AM Bandwidth.com has announced additional attacks which has caused partial outages. No other information has been given at this time.

As of 2PM Bandwidth.com is still investigating the issues, according to their web site.

Starting tonight Quantum Voice will be doing migrations of numbers off Bandwidth.com and onto another provider.

What this means to you is that your services will become stable with Quantum Voice as we utilize different sources other then Bandwidth.com. The migrations will be seamless to you and there will be no difference to the normalcy of the lines.

The migrations will be done in 6 hour intervals starting at 8PM tonight and will continue all week.

Please check back for updates.